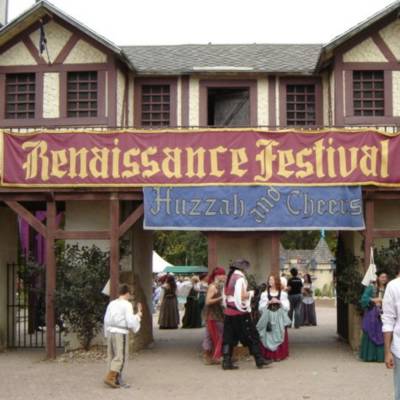 I finally got a chance to go to the Renaissance Festival after 3 years. The RenFest, as it is usually called, is where Americans display their dubious anglo-saxon tradition by dressing up in 16th century garb and generally being as anachronistic as possible. 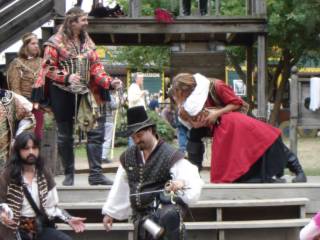 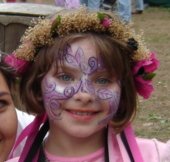 None of the fantasies are left out; pirates are on an equal footing with royalty; fairies and pixies cavort amongst ale wenches. The whole atmosphere is surreal and it seems like a county fair from the middle ages gone berserk with interlopers from the present. 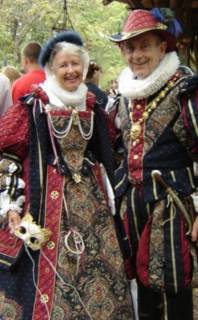 The ‘actors’ participate with gusto and their roleplaying is un-self-conscious. They become the very characters they portray. This couple spent 15 minutes talking to us about the entire gypsy history of english monarchy in the first person. 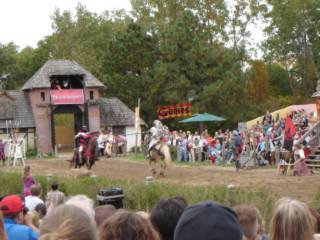 Exciting events like the joust are recreated. Visitors can compete at roaring like a Scottish chieftain. Pirates are welcome to try their Arrrrs!!! with impunity. Most visitors can be found wandering with a plastic cup of beer and a huge piece of turkey. If only there were fewer visitors, the time-warp effect would be complete.