The next morning, Belbo was radiant. “It works,”, he said, “It works better beyond anything we could have hoped for.”. He handed us the printout.
————————————————————–
The templars have something to do with everything
What follows is not true
Jesus was crucified under Pontius Pilate
The sage Omus founded the Rosy Cross in Egypt
There are cabalists in Provence
Who was married at the feast of Cana?
Minnie mouse is Mickey’s fiancee
It logically follows that
If
The druids venerated black virgins
Then
Simon Magus identifies Sophia as a prostitute of Tyre
Who was married at the feast of Cana?
The Merovingians proclaim themselves kings by divine right
The Templars have something to do with everything
————————————————————
“Here is my interpretation,” Belbo said. ” Jesus was not crucified, and for that reason the Templars denied the Crucifix. The legend of Joseph of Arimathea covers a deeper truth: Jesus, not the Grail, landed in France, among the cabalists of Provence. Jesus is the metaphor of the King of the world, the true founder of the the Rosicrucians. And who landed with Jesus? His wife. In the Gospels why aren’t we told who was married at Cana? It was the wedding of Jesus, and it was a wedding that could not be discussed, because the bride was a public sinner, Mary Magdalene. That’s why, ever since, all the Illuminati from Simon Magus to Postel seek the principle of the eternal feminine in a brothel. And Jesus, meanwhile, was the founder of the royal line of France.”

Refrigerator magnets, where we hope poetry would arise out of jumbled pieces of metal; Words we disassemble to fit the boxes of the crossword puzzle, meaning arises out of a seemingly random combination of symbols. If a million monkeys could produce Shakespeare, it would be worth to employ two million monkeys for two million minutes to produce another classic.

From the early Jewish hope of arriving at the meaning of Life by permutating the letters of the alphabet, to Radiohead lyrics that seem to point to something deeper, to movies to books, it all seems to be there, if we knew where to look.

———— begin geekspeak ————-
So this morning I’m trying to run my code on Oracle’s 9iAS. I usually test on two browsers – Firefox and IE. Wonder of wonders, my page is displayed quite well on IE, but the CSS is lost in Firefox. I click the nifty javascript console in FF to see what’s happening. The message, is as useful as can be – ‘The stylesheet was not defined as mime type text/css , thus has not been loaded.’

This leads me on a wild chase through the internet trying to figure out how to enable text/css on 9iAS. After 4 hours of fiddling around with the .conf files, I give up. 9iAS, being the behemoth sphinx it is, refuses to yield its secrets to me.

Bored and with nothing else to do, I decide to install FireFox 1.0PR. After 4 minutes of installing, I start up the new FF.

Lo and behold, my page works! The culprits in this case were the transitional XHTML definitions in my DOCTYPE definitions. While FF 0.8 didn’t render CSS in transitional or strict XHTML, FF1.0PR does! Bravo to the mozdev community!
————– end geekspeak ——————-

If you didn’t understand a single word of that rave above, here’s a summary — GET FIREFOX. The spreadfirefox community has as its goal, 1 million downloads of FF1.0PR in 10 days.

Go ahead, give it a try. It’s not panacea – but it’s an alternative to the 80% stranglehold that IE holds over the browser market. 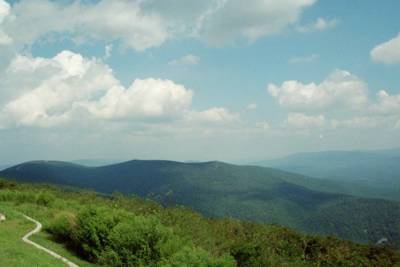 Every year, on September 5, Americans undertake their own pilgrimages – but these pilgrimages are not dedicated to gods or goddesses. No, these are pilgrimages to propitiate the all-american gods of vacationing, meat, and beer, though not necessarily in that order.

The details of the pilgrimages are the same. Waking up at ungodly hours to start for the trip, bleary-eyed baths, pre-departure checks on the gas range, heavy traffic on the highway all headed in the same direction, waiting in line at gas-station restrooms, checking in at the hotel and dragging your baggage through the carpeted corridors. I must admit that these details are considerably more simplified in America – no cold baths at 5:00 a.m. with a red plastic mug, no restrooms at all to wait for, no irumudis to bear on your head, and no litanies to repeat at the moment of departure.

We went on our own pilgrimage to Arkansas this year, which is pretty much the closest place to Kansas with any resemblance of natural beauty. And beautiful it was – tall semi-alpine trees all along the roads, low undulating hills covered with greenery, lakes and rivers all along the highway.

The highlight of the trip was our kayaking trip on the Caddo river. It was a glorious, exciting and tiring four hours of constant paddling. Almost at the end of the kayak trip, I spied a rope hanging above a dark pool of water. There was a branch of a tree that overhung the river and small wooden steps led to the top of the branch. You had to climb up the steps, grab hold of the rope, swing over the river, and jump. The catch was, you had to swing in a semi-circular arc, to land in water. If you swung straight, you had a large rock waiting to smash your bones below your feet.

I crossed the spot, changed my mind, paddled upstream to reach the spot again and dug my canoe in at the bank. I watched a brave boy swing and drop and come up gasping. It seemed exhilarating. But I changed my mind.

Later that week, I heard about a guy from my college drowning in Texas while doing a similar jump. The parallels were unmistakable. The incident raised a plea from Raapi, who enjoined us to remember our limits and responsibilities before trying anything for just ephemeral excitement.

But it is ephemeral excitement that has brought us into this world. It is ephemeral excitement that makes me feel alive, in my mind-numbing daily routine of melancholy and drudgery. One’s chanes of dying in a road accident are probably higher than dying in a freak drowning accident. Does this mean we should never drive again? Life is much more fun, when there are peaks and valleys, than when it is a straight, flat journey, much alike Kansas.

So RIP, PJ, for your zest for life. The rest of you, do something crazy. Your limits are defined only by people who have done it before and survived. Your responsibility is only to yourself. 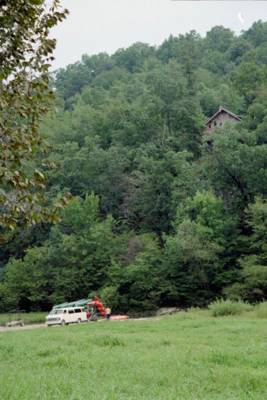