Ooh, Maggie, where are you these days?
via Gawker. Celebrity sightings galore at Target. In Brooklyn.
Being seen at a Target is cool now?

For all the Donnie Darko fans, DD esoterica.

I had the chance this summer to go see ‘Shakespeare in the Park’ again. This time the play being staged was ‘Julius Caesar’. We reached there early, but there seemed to be more people this year. After two days of rain, some renaissance-faire genius had got the brilliant idea to dry the grass with hay. Of course, this only left the lawn more soggy and stinky as cooum itself. We navigated our way through the muck and found a spot at the far end and plunked our gear down. Armed with garlic dip and crackers, we got ready for a relaxing evening with the bard.

The play features all the main characters from our history books — from Caesar, to Antony, Brutus and Cicero. We get treated to a tale of shifting allegiances. What’s was puzzling to me was Antony’s actions. Was he a righteous man, who had the welfare of Rome on his mind, or was he just plotting to take over power by defeating the entire cabal of conspirators? The performances by the actors were great, though Antony was a bit lacking in his famous ‘Friends, Romans, countrymen’ speech, in my opinion.

The stage was a minimalist affair, with a roman facade and wide,round steps. There were no scenery changes in between acts, except for some strategically introduced prop benches. The war scenes were pretty impressive, with orange-red lights and the ever-useful smoke machines used to give the illusion of fire. Given our distance from the stage, I could barely see the faces of the actors, but I could hear them very well, thanks to the excellent PA system. Their voices were strident and their intonations confident.

In the days of digital wizardry, it’s refreshing to see live theater that can still evoke emotions without having to resort to CGI. There seems to be no theater left in Tamil Nadu except for Crazy Mohan and similar troupes. If there is, maybe I missed noticing it, given my unenviable geographical distance from Chennai. Gone are the days of P.U.Chinnappa and T.S.Manoharan, which my grandfather and uncle used to recall. Banal megaserials have taken their place, with auditions that probably cover 3 major categories:

a) The demure yet ‘strong’ married woman: (preferably a tam-bram)
Acting Requirements: Ability to shed glycerince tears for at least 15 minutes without stopping.

b) The evil, older woman: (preferably a widow, white saree a plus)
Acting requirements: Fatter and shorter than above-mentioned heroine. Must be able to hold the jadai of heroine and drag her into the street after she takes over her business.

c) The cuckolded husband: (silent, but not strong)
Acting Requirements: Should be able to make weepy faces from behind jail-bars.

Megaserials are the opiate of the tamil masses. I fear for the day reality shows become popular. Or have they already? 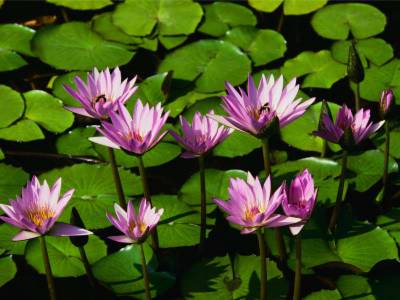 The only channel I watch these days is Comedy Central and Cartoon network. And the only shows I ever watch are The Daily Show and the sunday lineup of Adult Swim. On the TDS today, Jon Stewart was as usual being his sarcastic self. Commenting on the forcible recall of retired soldiers to the war, Jon pointed out ot the fact that musicians were being called for service, especially an euphonics player. Digging into the mystery behind the need for musicians, he found this fascinating piece of conversation between General Franks Somebody and one of the sub-committee senators:

Needless to say, the usually boisterous audience went completely silent. You can tell that things are going bad in a war, when you have to conscript extra euphonic players for burial services.

Another show that has kept me LMAO is Crossballs – a fake debate show. Today’s topic of marijuana decriminalization brought some lady who thought President Bush was a role model for children who hadn’t taken drugs. The fake pro-pot debater shot back,”Yeah, but he has snorted coke. Respond to that!”

A TV channel can choose to be partisan, but when the facts speak for themselves, it’s difficult to call the station biased.

How does a faux-documentary become a box-office hit with its scatter-brain approach and shoddy directing? Simple. Make it tell the truth. The Weinstein brothers have reportedly taken great care and employed a horde of fact checkers to ensure Fh9/11 was accurate, and it shows.

The movie starts with African-americans on the senate floor after the 2001 election. Representing the tens of thousands of blacks who were not on the voter list, they are unable to find a single senator to support their cause. Al Gore himself, as president of the senate, has to deny their resolution. The screen fades to total darkness. You hear the sounds of 9/11 and see people looking up the towers. A chilling reminder of 9/11, with not a single shot of the actual crash. With an excellent start, Moore goes on to eviscerate Dubya as a country yokel with less-than-impressive intelligence and big-corporation connections.

What rankles, however, is the way Moore covers a lot of ground and tries to cover all his bases. There are no definite conclusions to his conspiracy musings. If you’re a democrat, you come out of the movie agreeing whole-heartedly with it. If you’re republican, you come out hating democrats and Moore even more. If you’re a right-thinking human, you wonder how you can get away with anything depending on which side you’re on.

Fh9/11 is probably the most powerful negative ad against Bush. Whether people will be affected by its powerful accounts of those directly involved in the war, or be turned off by its incoherent ramblings, remains to be seen.

From the Indian Superhero PS thread on Fark.